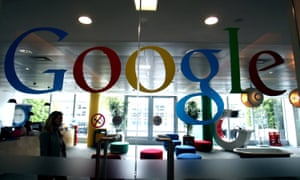 A businessman who has launched a legal bid to erase online articles about his criminal conviction in the first “right to be forgotten” case in the English courts should not be allowed to rewrite history, lawyers for Google have said.

The claimant, referred to only as NT1 for legal reasons, was convicted of conspiracy to account falsely in the late 1990s and wants the search engine to remove results that mention his case, including web pages published by a national newspaper.

Representing NT1, Hugh Tomlinson QC, chairman of the press regulation campaign Hacked Off, told the high court that the presence of the articles caused “distress and upset”.

In 2014 the European Union’s court of justice ruled that “irrelevant” and outdated data should be erased on request. Since then, Google has received requests to remove at least 2.4m links from search results. Search engines can reject applications if they believe the public interest in accessing the information outweighs a right to privacy.

But Antony White QC, representing Google, said the “right to be forgotten” ruling was “not a right to rewrite history or … tailor your past if that’s what this claimant would like to use it for”.

White said the business malpractice that gave rise to NT1’s conviction was “serious and sustained”.

“It involved deceptive and misleading criminal practices,” he said, that led to regulatory interventions and condemnation in parliament.

White told the court the businessman had portrayed himself as a “respected businessman” with a successful career on social media and in a series of blog posts, on a blog containing information about his business and financial background.

The posts create a “false picture” and if his right to be forgotten claim succeeds he would continue to “mislead”.

Tomlinson told the court the businessman was not a public figure and now made a living on commercial lending and funding a property developer.

“Before anyone meets a new person these days they Google them,” Tomlinson told the court.

He said “many people engage in misdeeds when they are young or in the past” and if the misdeeds are “constantly brought to the attention of others then they will permanently have a negative effect”.

The conviction is now spent, Tomlinson said, and the law is designed to allow for the rehabiliation of offenders so they can go on to lead normal lives.

The high court case, which is expected to last five days, will be monitored by convicted criminals and others who want embarrassing stories erased from the web.

The businessman, who is represented by the law firm Carter-Ruck, gave evidence to the court on Tuesday about the founding of the controversial property company which he had an interest in. The company was subject to a regulatory sanction before being wound up.

Another “right to be forgotten” claim against Google is to be heard by the high court next month. The person in that case was convicted of conspiracy to intercept communications over a decade ago.