UK weather: When is the polar vortex coming to hit UK?

Make sure you have your thermals at the ready because an arctic blast named the ‘Beast from the East’ is soon to set to send the mercury plunging to -10C.

The drastic cold snap is linked to a sudden stratospheric warming known as a polar vortex above the North Pole, forcing freezing wintry air south from Siberia towards the UK.

When is the polar vortex coming to hit the UK?

Temperatures will begin to plummet this weekend but the cold blast will set in fully from Sunday night when the UK will see lows of -8C in some areas, with snow predicted to fall in London and the south-east.

“It is not possible to give exact areas at this time but wintery showers are likely to be widespread including London and the south-east.”

At the start of next week, it will drop to -6C for much of the country at night with temperatures only managing to reach 1C during the day.

Met Office meteorologist Aidan McGivern said: “By night, temperatures fairly widely will drop below freezing and by day we’ll just about nudge above freezing but only just and for some places we’ll keep a frost on the ground throughout the day despite the sun becoming increasingly strong at this time of year. 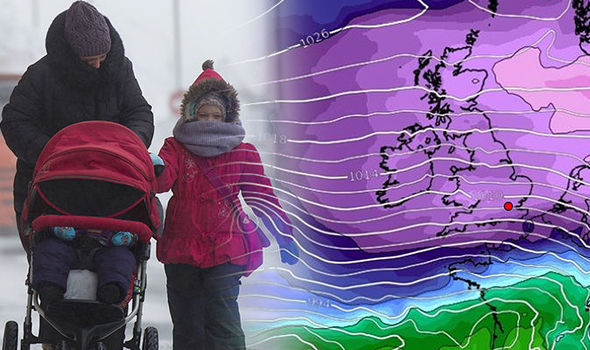 UK weather: When is the polar vortex coming to hit UK?

The cold spell will continue as the week progresses with “an increased risk of ice, frost and snow showers”.

Weather forecaster Martin Bowles joked that spring had been “postponed” due to the deep freeze arriving just before March 1 – technically the first day of the meteorological spring.

READ MORE: UK weather: What is a Polar Vortex and why is it so dangerous?

Bookmaker Coral said it has seen a flurry of bets placed on this March being the coldest on record, with the odds now at 7-4 from 2-1. 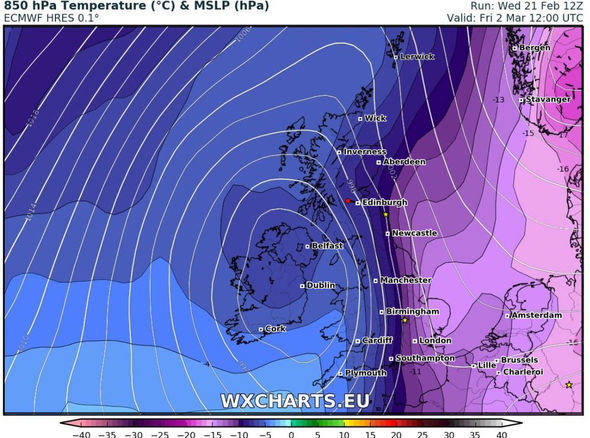 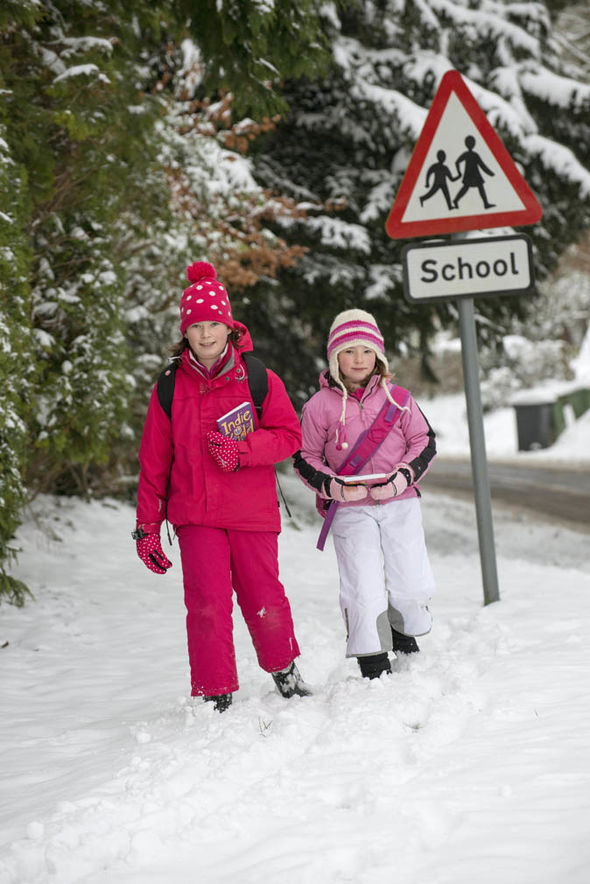 Officials said they expect to raise the cold weather alert to level-3 – the second highest. A level-2 alert is already in place “across all regions”.

The arctic plunge could put vulnerable people such as children and the elderly at risk, Public Health England said promoting the government agency to release a reminder to check on at-risk family, friends and neighbours.

Dr Angie Bone of PHE’s Extreme Events team said: “Do they need shopping or a prescription collecting? Can they get to GP or hospital appointments? Do they just need some company?

“It can be all too easy for those of us who are fit and well and able to cope with the cold – but it’s really important to remember that it can leave some people feeling a bit cut off.”